We are trying to understand how collective patterns of self-organization emerge from the joint actions of heterogeneous individuals. The phenomena studied include evolutionary adaptation, random genetic drift, epidemic spreading, collective motion, synchronization and jamming. Although these phenomena occur in many complex systems, our experimental efforts are focused primarily on microbial systems that we can study in our wet lab. Our key theoretical challenge is to identify essential dynamical building blocks and to predict how these conspire to generate the complex dynamical patterns observed at the population level. See publications for an detailed overview of our research. Some recent highlights are described below.

The coupling of ecology and evolution during range expansions enables mutations to establish at expanding range margins and reach high frequencies. This phenomenon, called allele surfing, is thought to have caused revolutions in the gene pool of many species, most evidently in microbial communities. It has remained unclear, however, under which conditions allele surfing promotes or hinders adaptation. Here, using microbial experiments and simulations, we show that, starting with standing adaptive variation, range expansions generate a larger increase in mean fitness than spatially uniform population expansions. The adaptation gain results from ‘soft’ selective sweeps emerging from surfing beneficial mutations. The rate of these surfing events is shown to sensitively depend on the strength of genetic drift, which varies among strains and environmental conditions. More generally, allele surfing promotes the rate of adaptation per biomass produced, which could help developing biofilms and other resource-limited populations to cope with environmental challenges.

The growth and dynamics of individuals can be tracked at the front of growing colonies. Comparing between S. cerevisiae and E. coli time lapse movies of colony growth reveals the underlying microscopic dynamics that give rise to their difference in sector shape.

In natural settings, microbes tend to grow in dense populations where they need to push against their surroundings to accommodate space for new cells. The associated contact forces play a critical role in a variety of population-level processes, including biofilm formation, the colonization of porous media, and the invasion of biological tissues. Although mechanical forces have been characterized at the single-cell level, it remains elusive how collective pushing forces result from the combination of single-cell forces. Here, we reveal a collective mechanism of confinement, which we call self-driven jamming, that promotes the build-up of large mechanical pressures in microbial populations. Microfluidic experiments on budding yeast populations in space-limited environments show that self-driven jamming arises from the gradual formation and sudden collapse of force chains driven by microbial proliferation, extending the framework of driven granular matter. The resulting contact pressures can become large enough to slow down cell growth, to delay the cell cycle in the G1 phase, and to strain or even destroy the micro-environment through crack propagation. Our results suggest that self-driven jamming and build-up of large mechanical pressures is a natural tendency of microbes growing in confined spaces, contributing to microbial pathogenesis and biofouling.

A wild strain of yeast growing in a tiny chamber gradually fills the space and, because the yeast cells are so sticky, easily clog the chamber and explode out of it.

The spreading of evolutionary novelties across populations is the central element of adaptation. Unless population are well-mixed (like bacteria in a shaken test tube), the spreading dynamics not only depends on fitness differences but also on the dispersal behavior of the species. Spreading at a constant speed is generally predicted when dispersal is sufficiently short-ranged, specifically when the dispersal kernel falls-off exponentially or faster. However, the case of long-range dispersal is unresolved: While it is clear that even rare long-range jumps can lead to a drastic speedup — as air-traffic–mediated epidemics show — it has been difficult to quantify the ensuing stochastic dynamical process. Yet, such knowledge is indispensable for a predictive understanding of many spreading processes in natural populations. Together with Daniel Fisher, we have developed a simple iterative scaling approximation supported by simulations that accurately predicts evolutionary spread which is determined by a tradeoff between frequency and potential effectiveness of long-distance jumps. In contrast to the exponential laws predicted by deterministic ’mean-field’ approximations, we show that the asymptotic spatial growth is either according to a power-law or a stretched exponential, depending on the tails of the dispersal kernel. More importantly, we provide a full time-dependent description of the convergence to the asymptotic behavior which can be anomalously slow and is relevant even for long times. Our results might be used in the future to improve the inference of the evolutionary spread based on genealogical trees, which is however a largely open problem. O. H., Daniel S. Fisher, PNAS (2014)

A principal tenet of modern evolutionary biology is that Darwinian selection and random number fluctuations, called genetic drift, compete in driving evolutionary change. It is widely accepted that genetic drift can have significant effects on small populations that may even lead to speciation. In large populations, however, random sampling effects are generally considered weak compared with selection (law of large numbers). A major departure from this paradigmatic behavior occurs when large populations undergo range expansions. The descendents of individuals first settling in a new territory are most likely to dominate the gene pool as the expansion progresses. Random sampling effects among these pioneers results in genetic drift that can have profound consequences on the diversity of the expanding population. In this project, we used simple microbial systems to study the nature of these number fluctuations (genetic drift) in range expansions of large populations.

The colony above was grown from a 50:50 mixture of CFP (red) and YFP (green) labeled E. coli bacteria (see here for experimental details). Even though both strains were otherwise genetically identical, the growing colony exhibited a striking segregation of the two neutral markers (CFP and YFP) over time. The dynamics of segregation is restricted to the edges of the colony, while, except for a gradual thickening, the interior distribution of CFP and YFP is essentially frozen.

The genetic segregation on the population level is the consequence of number fluctuations on a much smaller scale, within a thin region of reproducing pioneers at the expanding frontier. The statistical properties of the observed pattern can be described in the frame work of non-equilibrium statistical physics. The domain walls radiating out from the center of the image follow a super-diffusive random walk, and annihilate when they meet. This leads to a model of annihilating super-diffusive random walks (with “inflation”) (see experiments and theory for further details). The neutral genetic patterns found in our experiments could be a general signature of continuous range expansions in populations exhibiting moderate rates of turnover and migration. Have a look at research focus for the broader implications of our work.

An illustration of the mechanism by which domains coarsen in expanding populations. (a) Four monochromatic domains are bounded by a moving frontier (black line). (b) As the colony grows further in the upward vertical direction, the domain boundaries follow wandering paths. By chance, the two domain boundaries on the left-hand side meet. As a consequence, the enclosed domain (red left-hand domain in (b)) loses contact to the population front and is, henceforth, trapped in the bulk of the colony. We model these dynamics by replacing the tips of the domain boundaries by random walkers that “live” on the growing one dimensional edge of the colony. Even though these random walkers annihilate when they meet, they have a non-zero survival probability on the growing circumference of a circular colony (inflation).

E. coli colonies grown from a binary mixture of differently labeled strains show a pronounced segregation into the component strains. The meandering of the boundaries between the red and green regions can be described by a super-diffusive random walk.

The yeast species S. Cerevisiae exhibits much weaker levels of genetic drift compared to the bacterium E. coli, which is manifest in the much larger number of sectors.

During a range expansion, Cells compete for colonizing virgin territory. Mutations that change the expansion velocity have a strong impact on this neck-and-neck race. We currently investigate frequency and effect of these mutations (With N. Karahan, A. Murray, D. R. Nelson).

This movie shows the collision of two growing populations of differently labeled E.coli. The developing interface is shaped by the peculiar dynamics of the proliferating “nematic liquid” of rod-like bacteria. 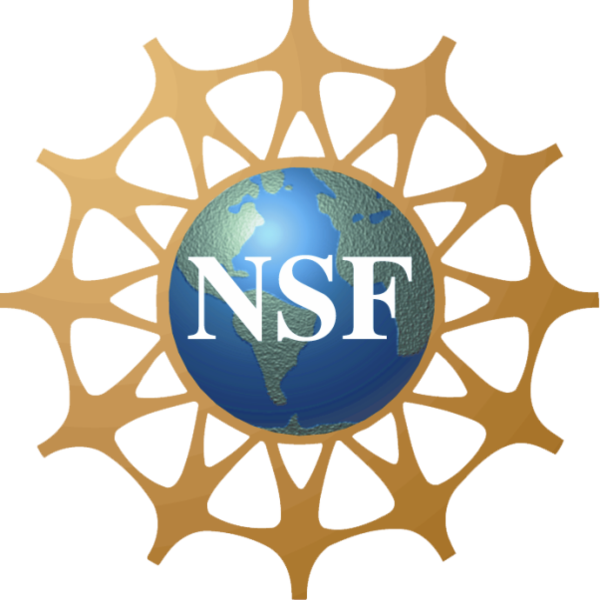